Equipped with faster latency timing for higher performance and speed, the 8GB RAM Stick is specifically designed and tested for compatibility in various makes and models of desktop computers and lapto...

The 8GB of DDR4 Computer Memory is compatible with 2017 laptops and utilizes HyperX module with faster latency timing for higher performance and speed. Specifically designed and tested for compatibility in various makes and models of desktop computers and laptops. From the industry leader in PC memory. 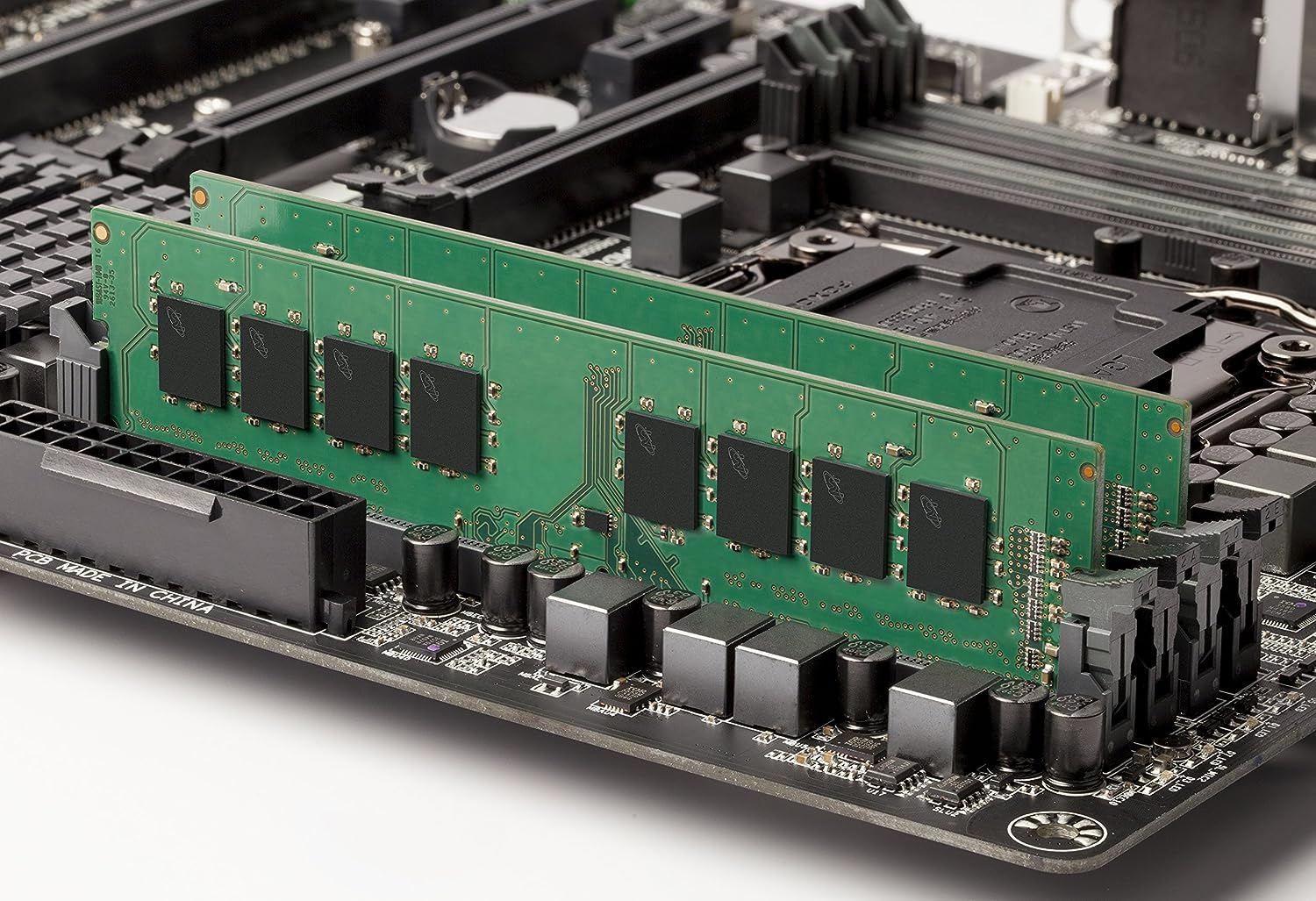 The fastest, easiest way to improve your laptop's performance.

There's an easy cure for a slow computer: more memory. Designed to help your system run faster and smoother, Crucial Laptop Memory is one of the easiest and most affordable ways to improve your system's performance. Load programs faster. Increase responsiveness. Run data-intensive applications with ease, and increase your laptop's multitasking capabilities. Micron quality - a higher level of reliability. As a brand of Micron, one of the largest memory manufacturers in the world, Crucial laptop memory is the standard for reliable performance. From the original SDRAM technology all the way to DDR4, we've engineered the memory technologies that have powered the world's computers for 35 years and counting. Don't settle for anything less.

Make everything on your computer faster

Memory is a component in your computer that allows for short-term data access. Since your system's moment-to-moment operations rely on short-term data access — loading applications, browsing the Web or editing a spreadsheet — the speed and amount of memory in your system plays a critical role. Load apps in seconds by increasing the speed of your memory and installing more of it.

The future of memory is here.

More speed. More bandwidth. More efficient. In the ever-changing world of technology, any component more than half a decade old is usually in need of an update. At seven years old and counting, that's exactly the state DDR3 memory is in: computers can only do so much with it. Since the introduction of DDR3 memory technology in 2007, processors have doubled in capability, SSDs have revolutionized throughput, and graphics cards have drastically increased frame rates, leaving memory as a limiting factor. With Crucial DDR4 Desktop Memory, crush the DDR3 memory bottleneck and unlock a new standard of performance.

As a brand of Micron, one of the largest memory manufacturers in the world, Crucial DDR4 memory represents the future of computer performance. From the original DDR technology to DDR4, we've engineered the memory technologies that have powered the world's computers for 35 years and counting. When you choose Crucial DDR4 memory, you're choosing memory that's designed for the world's leading systems. Don't settle for anything less.

Load applications faster and run demanding programs without lag. Crucial DDR4 memory debuts at 2133 MT/s – more than 30% faster than DDR3 memory technology. Even better, as DDR4 technology matures, speeds are projected to hit 3200 MT/s – twice what was possible on standard DDR3 memory. Product performance and efficiency improvements are noted as comparisons between DDR3 and DDR4 memory technology. As of May 2014, standard DDR3 memory achieved speeds of 1600 MT/s and operated at 1.5V, compared to DDR4-2133, which will operate at 1.2V. When voltage reductions and all other energy-saving DDR4 features are factored in, DDR4 modules are projected to consume up to 40% less power.

Effortlessly multitask between apps, and empower your system to fire on all cylinders. Crucial DDR4 increases memory bandwidth by over 30%, allowing your system to handle more data at once. As DDR4 technology matures, bandwidths are expected to achieve up to 25.6 GB/s – twice that of standard DDR3. To maximize bandwidth, Crucial DDR4 memory is optimized for next-gen platforms that support four channel memory. Get better performance – using less power. Operating at just 1.2V compared to 1.5V for standard DDR3 memory, Crucial DDR4 consumes 20% less voltage than standard DDR3 technology. Crucial DDR4 modules also contain other efficiency features, for an overall power reduction of up to 40%.

Order the  8GB DDR3 RAM Stick Pc3 12800â€‹ and have it delivered to your doorstep within 1-3 working days or same-day delivery within Nairobi. Same-Day delivery in Mombasa on selected items. Pay on delivery via Cash or Mpesa.