Design
So capable, you won’t want to put it down. So thin and light, you won’t have to.
The ’¼ürst thing you’ll notice is how incredibly thin and light it is. iPad Air 2 is an impossibly thin 6.1 millimeters. And it weighs less than a pound. So it’s even easier to hold in one hand and take with you anywhere.
Ingenuity makes it thin.

Its unibody makes it strong.

When it was introduced five years ago, the original iPad set the standard for thinness and lightness. Since then, iPad has become even thinner and lighter. But thanks to its durable aluminum unibody, iPad Air 2 doesn’t sacri’¼üce strength in the pursuit of thinness. From the moment you pick it up, you feel how sturdy and rigid it is

Not just a thinner display.
A beautiful display.

The displays on previous generations of iPad used three separate components. iPad Air 2 changes all that, combining those three layers into just one. This eliminates gaps between layers, along with the internal re’¼éectance caused by those gaps. The result? Colors are richer, contrast is greater, and images are sharper and more vivid. 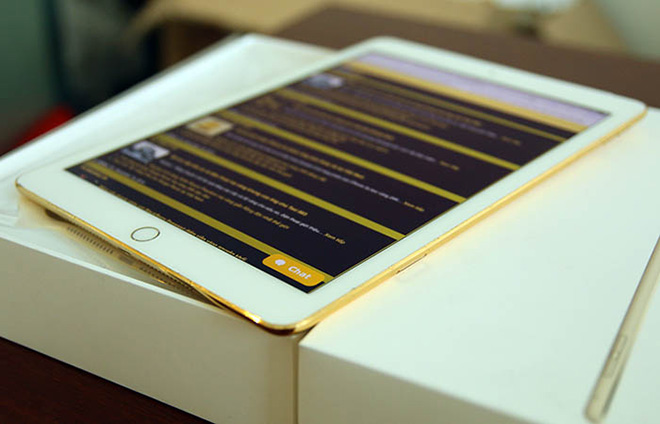 Your content, right at your ’¼üngertips.
The LCD layer is now closer to your eyes (and your ’¼üngers), so when you touch the screen it feels as if you’re touching your content. And we’ve improved the sensitivity of the screen, so it tracks your finger even more accurately, especially when you make quick gestures. Which means everything you do — playing games, sur’¼üng the web, enjoying photos and videos — becomes more personal, immediate, and immersive.

An incredibly low-reflectance tablet.
iPad Air 2 features a custom-designed antireflective coating that reduces glare by 56 percent, making it one of the least reflective tablets in the world. In virtually any kind of environment — o’¼āces, classrooms, outdoors — everything is clearer and more readable.
Silver, space gray, and gold.
Three metallic ’¼ünishes as brilliant as iPad itself.

Order the Ipad air 2 and have it delivered to you within 1-3 working days or same day within Nairobi. Payment on delivery.